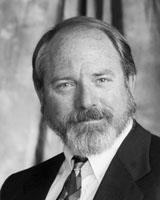 Max Rubin is a professional gambler and is well known for his book Comp City: A Guide to Free Gambling Vacations. Rubin has traveled the nation with diverse speaking engagements and seminars, and now is a consultant for many casinos teaching staff how to spot card counters.

Growing up in a family where his father was a professional cross roader, Max was exposed to the gambling life at an early age. As a young eighteen year old man, Max hitchhiked out to Las Vegas where he began working his first “job”. As someone who would get into fights outside of various casinos, Rubin would enable other players inside to swipe chips easily without being caught by security. Nevertheless, at this time, he began attending the University of Nevada, Las Vegas where he also ran track.

After winning a lottery draft Rubin ventured out to Lake Tahoe and began working as a dealer: “I had just met a couple guys,” recalled Rubin, “that were just talking about this notion of card counting.” It was then that Rubin began to first hear about the idea of advantage play and the benefits of doing it successfully. By the mid 70’s, Rubin was working full time as a blackjack dealer, all the while he was teaching himself how to count cards as well.

Throughout the 80’s and 90’s, Rubin played with many card counting teams, one of which was called the Depth Chargers, which played a very successful single deck play. It was about this time that Rubin was playing in California where he began his career as a writer. It was at this time that Rubin published his book Comp City: a Guide to Free Gambling Vacations. The book fantastically outlines the secrets, tips, and tricks in order to maximize casino perks and compensations with little betting or gambling even involved. The book is replete with anecdotes and practical hilarity that enables the reader to be able to hit Vegas with comps using various techniques.

After being an advantage player for many decades, Rubin decided to try and plant his foot down and maintain a more stable lifestyle. Because his kids were growing up and he was sick of traveling, he thought it best to become a blackjack dealer. Although he would take some time off, at this point, and be a player and a dealer, the change came when a new opportunity arose. It was at this time that his position of watching tables for advantage players was first offered to him. Rubin has now built up a very successful consulting business, because of his expertise in advantage playing, where he makes sure that all the players in the casino are playing lawfully and legally. Rubin consults with various casinos throughout the entire country. He currently works inSan Diegoat Barona Casino which is one of the most popular casinos on the west coast.

Rubin also has held many other unique positions such as a commentator for the first couple seasons on GSN World Series of Blackjack along with Matt Vasgersian and the Ultimate Blackjack Tour with Nick GAS’ Mati Moralejo on CBS. Rubin is, at this time, one of only twelve members in the Blackjack of Hall of Fame and presently resides in California.